We have all heard this word, being mentioned frequently in connection with the freedom struggle of India against the British. The word Swatantrata is easily understood to connote independence. 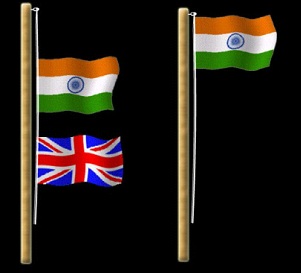 If you break the word Swatantra, it has two components to it, swa and tantra.

So when our immediate forefathers fought for Swarajya, freedom, independence, it was not a call only for Swa rajya, meaning self rule or primarily, political freedom of India. But the overall call was for Swatantrata too.

Swaraj is my Birthright

Rajya is to rule. Swa rajya is self rule. This slogan of Swarajya was made popular by one of India’s early freedom fighter, Lokamanya Balganagadhar Tilak, when he raised the clarion call,

“Swarajya is my birth right and I shall have it.”

This uprising, due to the rising yearning for Swarajya, Swatantrata, from the British, in every common man’s mind as well as collectively in the entire population of the land, was not a one off event. It has been the turning point of our history. Many personal uprisings have occurred many a times over, at many a crucial juncture, in the long history of this civilization.

One of the other prominent, better known examples of such an uprising, is when the king, Raja Chandragupta, with the help of master tactician, Chanakya, successfully threw off the yoke of repression, of the Nanda tyranny, so that people could practise “their practices” freely.

It is only when one is aware of these habits, practices, culture and ethos, does one begin to understand one’s society, civilization and culture.

It is only then, will one also know if one is practising the tantra, scientific practices of one’s civilization.

Science is not just theory alone or laboratory experiments.

Science is the principle of the functioning of Nature, the cosmos, which includes man and his society. In short, science stretches right from the subtle rules that govern the creation of the cosmos to the conduct of every entity in the cosmos, whether living or non living, in its own sphere of existence. A vast domain indeed!

When a society or entity, either out of repression or out of choice, does not practice its own tantra, set of indigenous practices or a sustainable way of living, the urge for swatantrata will eventually arise in that society, in the minds of the common man of that society.

Such a call for swatantrata could also finally result in the desired power to the society or group, to practice its own set of ways.

But when such a call for swatantrata is not further followed up with tantra, which are in sync with the basic sciences, tantra of the cosmos and which can sustain the society, it will not be long before it leads to a call for another swatantratra once again.

On this Independence Day, the 15th day of August, let us understand the real meaning of Independence, swatantrata, as a society’s practice of its own indigenous way of living, in line with its history, geography, geology, topology, climatology, ecology, biology, cosmology and all other sciences, which go towards shaping the society and its culture.

What we fought for and obtained from the British is swarajya, self rule. We have a long way to go to achieve our true Swatantrata, the courage and will to practice our own, indigenous, proven, sustainable techniques.

Let us with this knowledge, Gyana and Vigyana, march towards swatantrata, true Independence.