There is one name that catches your attention time and again if you are in the city of Bengaluru.

You know Bengaluru. Do you know its founder?

His name is Kempe Gowda.

Sri Kempe Gowda is well known as the founder of Bengaluru, the city that has grown leaps and bounds in the last many centuries. The city was established by him in the year 1537 CE as the capital of the land he ruled.

He was the chieftain of Yelahankanadu, a principality under Vijayanagara Empire.  This place was known as Bendakaluru, before Kempe Gowda gave it the present name. 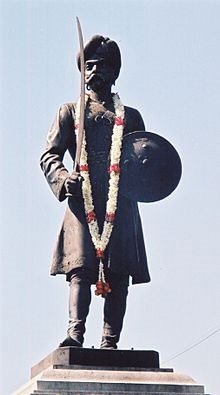 Kempe Gowda, the founder of Bengaluru

The different types of Rubies include,

The Government of India observes his birthday every year on 27th June.

The day is celebrated as Kempe Gowda day in the state of Karnataka.

Sri Kempe Gowda was born at Yelahanka in the year 1510 CE, as the son of Kempananje Gowda, who ruled the Yelahankanadu for over 70 years, after which his son took over.

So how exactly did he get the idea of building a city, which is today among the most prominent cities in India?

Idea during an expedition

Interestingly, Kempe Gowda had this idea, when he was on a hunting expedition, towards Shivanasamudram from Yelahanka.

While Kempegowda was on a hunting expedition, he was amused to see a rabbit chasing a dog. He called that place as “Gandubhoomi”, meaning “The land of heroes” and desired to build a city in that place.

He envisioned the city to have a cantonment, a fort, plenty of water bodies and people from all professions and trade.

On this expedition, he conquered many areas, which today form a part of the Bangalore city. With these large areas under his belt, Kempe Gowda started his task of city construction, with the royal permission of the Vijayanagara Empire.

Kempe Gowda first built a Red Fort with eight gates, and a moat surrounding it, a little away from Yelahanka. This fort is today popularly known as Bangalore Fort, and is located in the center of Bengaluru City. 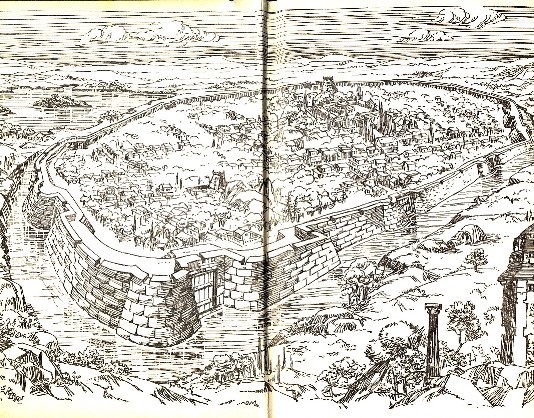 An artist impression of Bangalore in 1537.
Enclosed within a strong mudfort and surrounded by a moat.

Bengaluru Fort as it stands today

He then designed the four streets running in the four directions with the corresponding roads. The street running from east to west was named Chikkapete street, while the street from north to south was named Doddapete street. This Doddapete street has been renamed today as Avenue Road.

One ran from Ulsoor to Sondekoppa, running from east to west and another from Yelahanka Gate to the Fort, running from north to south. These streets were segregated for different purposes such as for residences or business. Tanks were built at different places to supply water to the city.

Kempe Gowda also built four watch towers to mark the outer boundaries of Bengaluru. The city has today grown much beyond these towers which today stand at the heart of the city.

One of the Watch Towers built by Kempe Gowda

A watch tower as it stands today in Lalbagh, Bengaluru

Thus came about a city that is today the IT capital of India. A city that owes its origin to Kempe Gowda.

Kempe Gowda passed away in 1569 CE, having ruled for around 56 years.

In 1609, a metal statue of this emperor was installed at the Gangadhareshwara temple at Shivagange.  Post-independence, another statue of his was built in from of the Bangalore Corporation office.

One lesser known fact is Kempe Gowda’s contribution to building many tanks and reservoirs in and around Bengaluru. With great forethought, he built these water bodies to supply sufficient water for his city citizens. 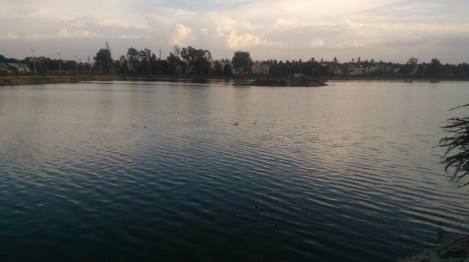 Unfortunately today, we have destroyed these water bodies in the name of development.

Kempe Gowda awards are given away every year to those from different walks of life.

Kempe Gowda Museum, was established in 2011 at Bengaluru, dedicated to this chieftain.

Like this, legacy of Kempe Gowda has taken the form of many institutions, and his name is well-etched in the minds of people.