The National Doctor’s Day is observed every year in India on the 1st of July, the birthday and death anniversary of the famous physician and former Chief Minister of West Bengal, Bharat Ratna Dr. Bidan Chandra Roy, popularly known as B.C.Roy.

In honour of doctors

The whole country depends on the efficiency of its physicians, who sustain and save lives. This day is observed in recognition of the importance of doctors in our lives. Special meetings are held to honour the doctors.

The word ‘doctor’ is derived from latin word doctour, meaning an expert or an authority in a particular field.

One with great  expertise

Even today, the honorary title ‘doctor’ is conferred on those who have done and are experts in their respective fields. The title doctor, i.e doctorate is also conferred upon those with great achievements in their lives.

This word doctour soon came to be used for a physician as the medical field required great expertize and skill.

From simple health treatment to surgeries, doctors are vital to our lives.

In India, the word ‘Vaidhya’ is used for a doctor. The word is derived from ‘Vidya’ meaning knowledge. Vaidhya, doctor is a person with special knowledge.

Doctors of this land

There have been many doctors in this country through the millennia. The history of medicine and surgery can be traced to some of the famous ancient doctors of this land like Charaka and Susruta.

Susruta is the founder of Rhinoplasty surgery. The detailed surgical procedure was taken to England by the colonial rulers, where the first nose surgery was performed. 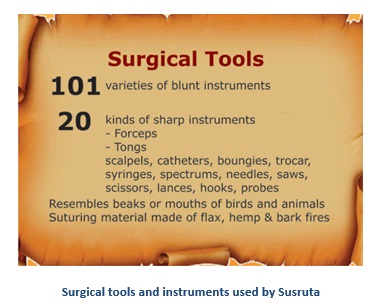 Susruta and his shishya, disciple excelled mainly in catract surgery, its detailed step by step process, the bladder surgery and dissection procedures.

It is interesting to note that, in medieval Europe, Barbers were required to conduct surgery. The barbers were responsible not just for cutting hair, but for performing serious surgeries, including amputation of limbs. The ordinary physicians felt the act of surgery was beyond them.

Charaka is regarded as the Father of medicine in India for his great contribution to the field of Ayurveda. He was the disciple of Rishi Athreya who excelled in medicine.

The Hyppocratic oath that is taken by today’s doctors to practice medicine honestly is very much similar to the one administered by Charaka to his disciples many millennia ago.

The Charaka Samhita authored by Charaka is verily a treatise on medicine. 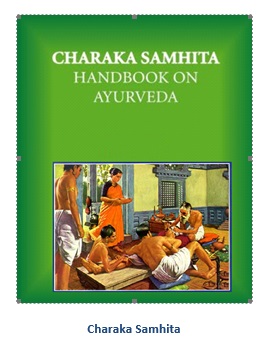 First to dissect a corpse

In the recent centuries, the name that comes to mind is Madhusudan Gupta. He became the first Indian doctor to dissect a corpse in the year 1836.

Honoured by the British

The British Administration honoured him for this achievement by firing 50 canons in air from Fort William.

In the last century, Dr Bidan Chandra Roy emerged as a reputed physician during the freedom struggle. 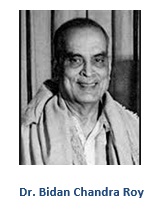 ‘No Swaraj without health’

Dr Bidan believed that Swaraj cannot be achieved if those fighting for the struggle are not healthy.

He was Mahatma Gandhi’s doctor and also his friend.

Once when Mahatma Gandhi was wounded, he went to treat him. Gandhi however refused to take treatment asking Roy, “Have you treated my 400 million brothers and sisters for free.” The reply that Roy gave moved the father of nation. He said, “I could not treat all the patients for free, but I have come to treat ‘him’ who represents the 400 million people of my country.” Gandhi agreed.

He established many medical institutions during the freedom struggle. These include, Kamala Nehru Hospital, Jadavpur T B Hospital, Victorian institution and Chittaranjan Cancer Hospital. He also opened a centre for training women in nursing.

For all the contributions that he made towards healthcare, Dr Bidan Chandra Roy is held in high esteem even today with the observance of National Doctors Day on his birthday. A day dedicated to the over 7 lakh doctors of this country.