We all know the song Vande Mataram, the National Song of India. But do you know the person behind this song?

Around 180 years back, on 27th June 1838, was born the creator of this song at Naihati, in the then Bengal Presidency of India. Bankim Chandra Chattopadhyay was his name.

He grew up to be a freedom fighter poet who gave this clarion call of Vande Mataram, that inspired many generations during the Indian Freedom Struggle and continues to do so even today, even with just its popular tune itself, minus the words. 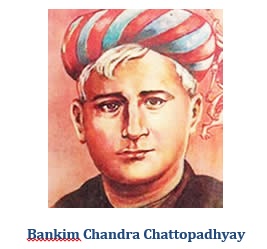 Bankim Chandra composed the popular song Vande Mataram, as a part of his work, Anandamath in 1881. The first two verses of this song were adopted as the National Song of India, in 1937, due to the patriotic fervor that this song aroused in the minds of the people.

Vande Mataram is an ode to motherland, Matharam. In the Indian ethos, the motherland is revered as a Mother herself – Bharat Mata.

The house at Chinsurah in West Bengal, where the Vande Mataram was composed

Bha stands for knowledge, and Ratha means to relish. Bharat is the land of people who relish knowledge. Bharat Mata is the embodiment of the knowledge and wisdom in this land, which gives it its strength, courage, prosperity, virtue, clam and charm. She is revered as a Devi, the Divine Mother. 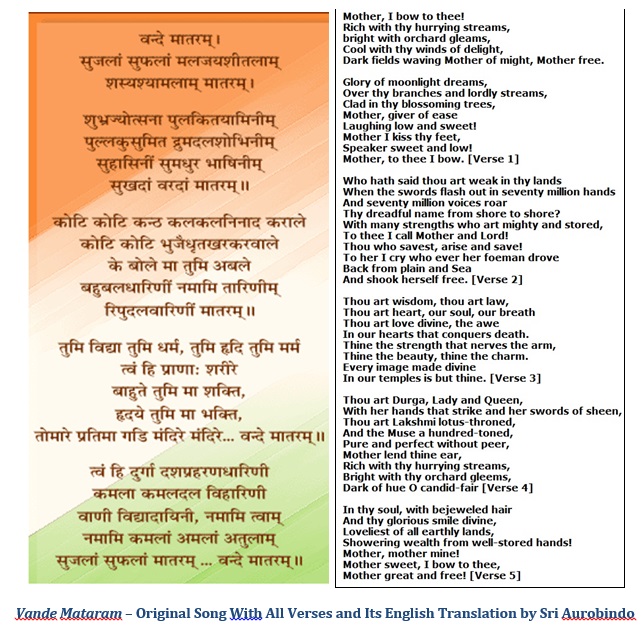 Along with Jana Gana Mana, the National Anthem, Vande Mataram is the most revered song in this land. With this song, Bankim Chandra has left a permanent imprint in the minds of the people of this country.

Urdu Daily, named “Vande Mataram”, based in Lahore during the pre-independence times

This song was introduced in the political arena by Rabindranath Tagore and from thereon, its popularity spread far and wide.

The term Vande Mataram soon became popular among the leaders and masses.

This song was composed in both Bengali and Samskrt. As it was composed in Samskrt, the mother language of most languages of Bharat Desh, the song, the words and their meaning, easily found resonance among the citizens of the land and encouraged patriots all the way from Baluchistan in the West to Arunachal Pradesh in the East and from Himalaya in the North to Kanyakumari in the South.

Bankim Chandra passed away on 8th April, 1894. But he lives on even today, through his song Vande Mataram.

One thought on “Bankim Chandra”