We all are familiar with the Emojis, the smileys of varied expressions that we exchange over the digital platform. These Emojis help us convey our emotions and is a popular form of communication. Emoji is all about speaking of emotion.

The word Emoji is borrowed from the Japanese, wherein E stands for an image and Moji for a character. Emojis are images that depict a character. They convey an idea or an emotion as an ideogram, and exist over various genres including facial expressions, common objects, places, weather and animals.

While Emoji is a modern term, these form of expressions existed over many centuries and millennia.

There are five main modes of written communication that had developed over the millennia.

An ideograph is a symbol that represents an idea or a concept, independent of language and specific words.

Pictograph is an ideograph that conveys its meaning through its physical resemblance to the physical object.

Hieroglyphs are a combination of alphabets, syllables and images, with many distinct characters forming a script, of communication.

Alphabetic form of communication, consists of specific alphabets, through which words and sentences are formed, giving form to a language through which one communicates.

Emojis and Communication in Ancient India

It is also interesting to known that emojis were also used in ancient India.

The ancient Indian civilizations of Harappa and Mohenjodaro had used ideograms. Thus this way of expression with ideograms was practiced by Indians 5000 years back itself. This method of communication is now known as Rebus.

Meluhha is the Sumerian name of a prominent trading partner of Sumer. The historians most commonly associate them with the Sindhu Sarasvati Civilization. In Samskrt and the scripts of this civilization, they were known as Mlechha, dating around 3000 BCE. Mlechha hieroglyphs document ancient trade on Tin Road from Malhar, Uttar Pradesh, India to Haifa, an ancient port of Israel. The script transcribes Proto-Indian speech of Mlechha language glosses. Rebus cipher of Mlechha provide plaintext readings of hieroglyphs and prove that cipher text rebus renderings detail traded resources and processes of ancient times, mostly stone, mineral, metal and alloyed artifacts as catalogs in Mlechha language.

Dr. S Kalyanaraman has done pioneering work on this, and has documented the same in his book, Indus Script. 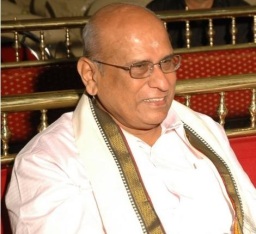 This is what the great poet Kalidasa in his work Raghuvamsa speaks about how communication should be. In this work, there is an invocation addressed to Parvati Parameshwara, where he asks them for blessing so that he can communicate what he wants to.

The person who wants to communicate has a three step process,

So what the great poet Kalidasa is asking is, to give him felicity to communicate and reach his message to the receiver of communication at all three levels.

What we call modern understanding has been understood and sought as a blessing to communicate.

This is the same thing that the Tamil poet, Kamban who wrote Ramayana, popularly known as Kambaramayanam.

Today, in the smartphone world, we are reapplying the same method of communication and giving it a new name, a more current name and calling it Emoji. This form of communication has come a full circle in 5000 years.

World Emoji Day is celebrated every year on July 17th, with Emoji events and programs. On this Emoji day let us know that this form of communication has existed across times and across places, and popularize it with ever new Emoji across the digital platform.