Election season is on. Indians will soon be making a choice on who should lead them. From when did the people of this country get the right to vote and choose their leaders?

The constituent assembly framed the constitution of India to be republic. Being a republic entails voting by every person – Universal Adult Franchise. All adults above the age of 21 were eligible to vote.

When doubts were raised about whether the illiterate people were capable of voting, Dr. Rajendra Prasad, a member of constituent Assembly, who later became the first President of India gave a fitting reply in the constituent assembly.

His observation is pertinent even to this day, 65 years after his speech.

The relevant extract being,

“Some people have doubted the wisdom of adult franchise. Personally, although I look upon it as an experiment the result of which no one will be able to forecast today, I am not dismayed by it. I am a man of the village and although I have had to live in cities for a pretty long time, on account of my. work, my roots are still there. I, therefore, know the village people who will constitute the bulk of this vast electorate. In my opinion, our people possess intelligence and commonsense. They also have a culture which the sophisticated people of today may not appreciate, but which is solid. They are not literate and do not possess the mechanical skill of reading and writing. But, I have no doubt in my mind that they are able to take measure of their own interest and also of the interests of the country at large if things are explained to them. In fact, in some respects, I consider them to be even more intelligent than many a worker in a factory, who loses his individuality and becomes more or less a part of the machine Which he has to work. I have, therefore, no doubt in my mind that if things are explained to them, they will not only be able to pick up the technique of election, but will be able to cast their votes in an intelligent manner and I have, therefore, no misgivings about the future, on their account. I cannot say the same thing about the other people who may try to influence them by slogans and by placing before them beautiful pictures of impracticable programmes. Nevertheless, I think their sturdy commonsense will enable them to see things in the right perspective. We can, therefore, reasonably hope that we shall have legislatures composed of members who shall have their feet on the ground and who will take a realistic view of things.”

Did elections in India come in vogue only when the constitution was framed in 1950?

Elections in ancient India have been recorded in the different stories and texts of the land.

In different parts of India right from the Mahabharata period, there have been many Janapada, republics. The very word, ‘Janapada’ means “People’s Republic, where people come together to choose their leader.”

Some of the Mahajanapada of Ancient India

Among these, one of the mentioned example is Uttaramerur.While the exact election mode in Janapada then is not available, the Uttaramerur inscription is a classic example, of eligible and disqualifiable candidates.

The Election System was then established by Royal Order under the Chola King, Parantaka Deva Parkesari Varman who ruled between 907 and 955 CE.

The inscriptions throw light on the mode of election to Village Assemblies, Panchayat in those days.

English translation of the Uttaramerur inscription

There was an election ballot, a pot, in which the electors polled candidates of their choice with names written on palm leaves. Each person’s preference vote was inscribed on a palm leaf and was dropped into the ballot pot.

Qualifications for contesting an election

Disqualifications for contesting an election

All these persons thus specified, shall not to the end of their lives, have their names written on the pot-ticket, to be put into the pot for any of the committees.

It will be interesting to know that in today’s scenario almost all the politicians who have got ticket to fight in election would be automatically disqualified by this traditional, local law of the land.

Such was the high level of accountability, transparency, morality and ethics in local governance.

It is no wonder that the people were well governed by themselves, by their laws and consequently were prosperous as a civilization which had sustained itself for over 1000 years.

On this occasion of Ramanavami, here is another short film – “Rama Setu – An Engineering Marvel of 5076 BCE”, by Bharath Gyan, which has crossed 25 lakh views on You Tube.

Rama Setu, the oldest man-made bridge of our civilization, is a civil engineering marvel of 5076 BCE. This bridge is believed to have been built by Rama and His team. Only if Rama is historical could this bridge be man-made. If the bridge is proved to be man-made, then Rama has to be Historical.

This film brings to light the layers of bridge construction and the month and the year when the Rama Setu was built.

Watch it and share it with others. It is not just another story but a 7100 year old engineering marvel of our civilization.

If Rama was born on 10th January, why is Rama Navami celebrated in April in the month of Chaithra?

Sri Rama Navami – The Birthday of Rama now occurs around the 21st of April, in the month of Chaithra. During the days of Rama, i.e., in 5114 BCE, the Navami (9th day of the lunar cycle) of Chaithra month had occurred on the 10th of January. Here, between the years 5114 BCE and 2020 CE, we see a difference of 100 days between the occurrence of Navami in the Chaithra month.

How does one account for this difference of 100 days?

To answer this question we need to understand an astronomical concept now known as Precession of Equinox. While this is a relatively new term, used in modern astronomy, this concept was not unknown to the ancient astronomers of India.

Infact, they had understood the concept of Precession of Equinox, discussed it in their books on astronomy and even suggested correction factors that needed to be applied so that the calendar does not create such wide gaps over years. Among the many such astronomers, Varahamihira, the noted astronomer and mathematician too, has mentioned about it.

that, the Retrograde Motion of the Vernal Equinox (Vasant Sampat) is

Modern day astronomers have termed this slide as Precession of equinox and state that it is 1 day in every 72 years.

Taking cue from Varahamihira, as well as the modern concept of precession of equinox, if a slide of 1 day occurs in 72 years, then a slide of 100 days would need 7200 years of elapse time.

India is an ancient civilization that lies in the tropics. It is a sub-continent by itself. Russia is an old land that straddles two continents, Europe and Asia. In comparison to the tropical, hot and humid land of India, Russia is a cold country that borders the Arctic Circle.

While they are geographically apart, there are many factors that connect these two lands, these two peoples, from ancient times to modern times.

Climatewise, there is a large contrast.

The climate does effect, not just the skin colour, lifestyle, clothing, food habits, but also thinking, response to situations and other such faculties.

Inspite of these vast differences, there are interesting similarities and many points of connect between these two people, these two lands and these two civilizations.

The connect is in language, art, theatre, technology, culture and many other facets.

When the people can see these connects, laid out one after another, the bond can grow stronger.

In this book, we celebrate the connect, the similarities, the commonalities, between these two, to create a bond, a bandhan at a people to people level.

For civilizational connects form and have been, at a people to people level.

Indo – Russia Connect is part of the Connect Series, under Autobiography of India, which so far include,

Indo – Japan connect has been published as a book, while the others are available as ebooks and articles.

National Maritime Day is observed every year on April 5th. In 1919, on this day, SS Loyalty, the first ship manufactured by the Scindia Steam Navigation Company Limited (SSNCL), set off to United Kingdom.

SSNCL was set up by Walchand Hirachand in the year 1919 to rebuild the Indian Shipping Industry that had been crushed by the British.

India had a Large Shipping Industry

SS Loyalty was not India’s first ship. This country with its 6000 km coastline was once forefront in global navigation.

India was a navigational giant and had a huge shipping industry that built large ships. Navigation was verily ingrained in the cultural fabric of this land.

When we look at the ship sizes mentioned in the Nava Shastra, the Indian Navigational text, it is obvious that India had huge ships, and had industries that built such ships.

Our history textbooks have completely neglected any mention of India’s naval prowess. By 11th Century, Raja Bhoja instituted Ship-building as a systematic science. In the same period, no country in Europe had textual information on ship-building.

In 1498, Vasco Da Gama, from Portugal, sailed towards India, southward along the west coast of Africa. He sailed in the largest ships of his times, Sao Gabriel that was 28 metres long.

He writes in his log book diary, which is now in the Lisbon Maritime Museum that, when he came to South Africa, he saw Indian ships ten times the size of his own ship.

The making of large ships prove that Indian Navigation System and Shipping industry was highly developed and formed the backbone of the Indian trade in medieval times. India had 25% share in World Trade before the British Rule.

Unfortunately, the British pounded and destroyed Indian ships to make way for their modern ships, to boost their shipping industry and economy.

From medieval times, if we go back to ancient times, 5000 years ago, India still had well developed ports and an extensive navigational system.

Lothal in Gujarat was one of the oldest ports in the world. In the past 50 years, many archaeologists and oceanographers have vividly studied the ruins of Lothal. They have come to the conclusion that ancient Indians must have had great knowledge relating to the tides, to build such a dock on the ever changing course of the Sabarmati River.

The port provided access to ships during high tides as well. This shows that the ancient Indians indeed had a good hydrography and maritime engineering skills to build such a dock.

There are other such archaeological evidences that suggest that Indian Navigation was highly developed even 5000 years ago.

More on Indian Navigation in our books You Turn India and Brand Bharat – Made In India. 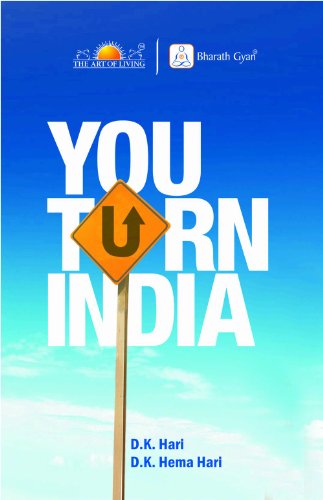