Kadakin was a great admirer of the Indian culture, cuisine, and its great and continuous history. He was fluent in Hindi, and was much appreciated for his knowledge about Indian society, and ethos. He had a keen interest in Indian films and had many books from India, including Panchatantra, Hitopadesha and Jungle book, as his childhood passion.

It will be apt here to quote his own words, on his passion for India. 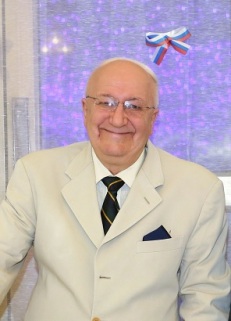 “The other day, in Darjeeling, an idea struck my mind that the discovery of India is like scaling a Himalayan summit. The higher one ascends, the more the horizon broadens, and only at the top the breath-taking panorama unfolds in a short-lived drama of the morning. India has entered my life as a second homeland. It has become my Karma Bhumi, because I worked here for so many years, my Gyana Bhumi, because I have learnt a lot form here, my Tapa Bhumi (especially in the hot season), but most importantly – my Prema and Maitri Bhumi, because I have given a half of my heart to India and because me personally   and the new Russia, which I have the honour to represent as Ambassador for the second time, have millions of good friends here.”

Kadakin plays on the word Tapa Bhumi, which he uses as a pun, to indicate the hot nature of climate in the Indian sub-continent. Tapa, which means penance, also means heat. This in short shows how well he understood the country and also its language-Hindi.

Kadakin was known by his pet name Shasha, among his admirers in India. Shasha is a name of the Moon divinity, Chandra Deva, in India.

So, while his pun on Tapa refers to the heat of the sun, his pet name indicates the coolness of the moon.

Kadakin first arrived in India on the “rainy day” of August 9th 1971, as he himself describes, when his country and India signed a landmark agreement of Indo-Russia friendship and cooperation treaty. This was the treaty was useful during the Bangladesh Liberation war of 1971.

He was also in India as the Deputy Chief of the Mission, in 1991, when the Soviet Union broke up.

Later on he served as ambassador of Russian Federation to India in 1999, and served two terms.

Kadakin passed away in New Delhi on 26th January, 2017, on the occasion of India’s Republic Day. Prime Minister Narendra Modi had then described him as a “glorious son of Russia, and a great friend of India.

A friend he was, as played a key role in furthering the Indo-Russia diplomatic relations.  He was posthumously awarded the prestigious Padma Bhushan in 2018, the third highest civilian award in India.

The Chanakyapuri road in Delhi has been named after him, in appreciation of Kadakin, who regarded India as his Karma Bhumi and Prema Bhumi. 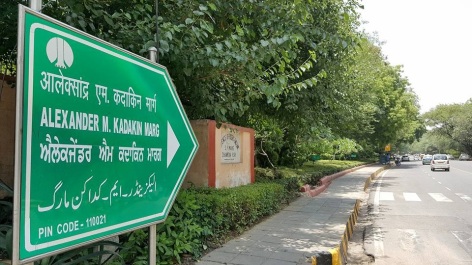