Earth is known as Blue Planet due to its vast expanse of water. Oceans and Seas are the biggest ecosystem of this planet. They are a home to varied species of flora and fauna.

Sagar, a home to many creatures

Oceans are the major route for international trade.

India is surrounded by the Indian Ocean in the South, the only Ocean named after a country. The other oceans being Pacific Ocean, Atlantic Ocean, Arctic Ocean and Antarctic Ocean.

There is an interesting legend associated with the Ocean in Indian legends – Samudra Manthan, the churning of the Ocean.

In the legend of Samudra Manthan, during churning, apart from Amrit, the pot of immortal nectar, many other things also came out of the Samudra.  Lakshmi, the embodiment of wealth, emerged from the Samudra, followed by kalpa vrksha, the symbolizing perennial youthfulness, Kamadhenu the fulfiller of all wishes, Hala hala, the  poison and host of other things both beneficial and detrimental.

This expresses to us, as to what we can draw from the Ocean.

It is also the Oceans that create dissolution on earth. There is a continuous cycle of dissolution and regeneration going on in the Universe. The process of dissolution is called Pralaya, when waters-Oceans or fire engulf everything.

Today, pollution of these water bodies has dwindled many species of fishes and other aquatic creatures. The dumping of wastes in Oceans and Seas is the cause. Many beaches and shores are strewn with garbage. Oil pollution, caused by various offshore drilling accidents, harm marine life and Ocean ecosystems.  We are also trawling away with huge nets the life of Oceans itself. 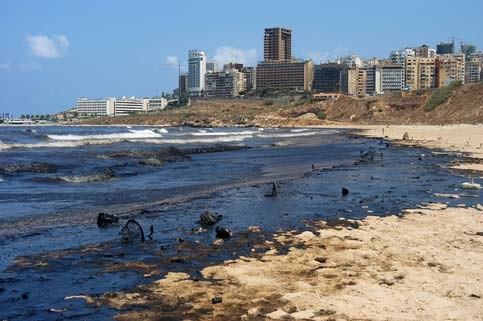 Pollution of Seas and Oceans

June 8th is observed as World Ocean Day, instituted by the UN, providing us with an opportunity to honour the biggest water bodies of the ‘Blue Planet’.

There are around 1600 Ocean sustenance organizations under the banner of World Ocean Network that come together and organize events on this Ocean day, to raise awareness on Ocean protection. Many educational programs, contests and film festivals are held to this effect.

A day to sensitize ourselves to Oceans and Seas and honour this greatest resource of our planet.