Shri Tanguturi Prakasam Pantulu was an Indian freedom fighter, and the first Chief Minister of Andhra state. A man known for his honesty, integrity and courage, he is one of the tallest names in Andhra Pradesh.

He is popularly known as Andhra Kesari, for bravely baring his chest to the British police, daring them to shoot him.

Tanguturi Prakasam was born on 23rd August, 1872, at a small village Vinodarayanipalem, to pious Brahmin couple, Subamma and Gopala Krishnayya, in the Ongole district of then Madras Presidency, Today, that district bears his name as Prakasam district in Andhra Pradesh.

The district Ongole is known for its majestic looking cows, the Ongoles. The Ongole cows provide high quantity of milk. Some are known to yield as much as 17 litres in a day.

Prakasam’s deeds were also majestic like the Ongole Bull.

Prakasam’s father was the Karanam of the village, and his ancestors hailed from Tanguturu, which explains his surname too. His father however passed away when Prakasam was just 11, leaving the family burden on his mother’s shoulders. Subamma, his mother left for Ongole, where she ran a small boarding and lodging home, to support her family.  Prakasam himself used to work in homes of the richer people in Ongole, primarily to fund his studies.

Prakasam’s good physique, made him take part actively in theater, and loved games too. However due to his interest in dramas and sports, Prakasam’s education suffered as he only just got through his matriculation – class 10.

Pursuing a course in Law

Prakasam’s teacher Immaneni Hanumantha Rao Naidu enrolled him in Pre Matric, and also sponsored his education. When Hanumantha Rao, left for Rajahmundry, he also took Prakasam with him, the city then was a well-known educational center. Hanumantha Rao enrolled Prakasam in an Arts course, and later sent him to Chennai to study Law.

As chairman of Rajahmundry Municipality

Prakasam soon became a successful lawyer, and became the chairman of Rajahmundry Muncipality, at the age of 35. However since he was still a second grade pleader, Prakasam could not practice in the higher courts. In those days only barristers could plead in the higher courts, and one of them suggested Prakasam to do the course.

Leaving for London for Higher studies

Prakasam left for London in 1904 in pursuit of becoming a barrister. This was not before promised his mother not to touch meat, liquor or tobacco. 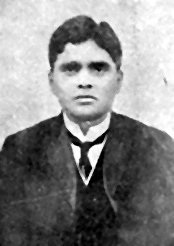 After finishing his higher studies in Law, Prakasam returned to India in 1907 and began his practice in the Madras High Court. Prakasam became the first Telugu barrister to make a mark in the Madras High Court, that till then was mostly an English preserve. One of the most prominent cases he took up was that of the murder of Ashe, the British collector of Tirunelveli district.

A Hands on Leader

Prakasam actively supported the other freedom fighters of his time. He was pretty much a hands on leader, being one of the first to visit the spot of any unrest or riot. When British banned people from attending speeches of Bipin Chandra Pal, Prakasam defied the order by boldly attending them.

When outsiders were not allowed into Kerala during the Moplah revolt, Prakasam was one of the few who defied orders and visited it.

Prakasam gave up his lucrative law practice, plunged into the freedom struggle, and donated all his money for the nation, he became the editor of the Swarajya Magazine, in Telugu, English as well as in Tamil.

Prakasam became a regular at most Congress meetings and signed the declaration for Satyagraha in 1921. He was elected as the General Secretary of Congress party in the 1921 Ahmedabad Session.

Prakasam fame grew with the incident at Parry’s Corner, Chennai in 1928 during protests against Simon Commission. Prakasam was leading the protests at Madras High Court, slogans of “Simon Go Back” rent the air, police fired on the crowd to disperse. A youngster Parthasarathi was shot dead in firing, and the police, warned that any one coming to carry the corpse would be shot too. It was then Prakasam boldly stepped in to claim the corpse of Parthasarathi, when everyone in the crowd was afraid to. As the police turned their guns on him, Prakasam bared open his chest, and shouted “Shoot you cowards, if you have any guts” to police.

This one open act of defiance by Prakasam made him a hero of sorts, and he was given the title of Andhra Kesari after that.

In 1937, the Congress party swept the elections in the Madras Presidency and Prakasam played a major role in that victory. Though he was the first choice for the post of Chief Minister, Prakasam had to make way for Rajaji, brought out of retirement. Prakasam worked as Revenue Minister in Rajaji’s cabinet, and one of his major initiatives was looking into the Zamindari system then.

Prakasam was one of the prominent leaders down South, who led the Satyagraha against the British war preparations in 1941.

In 1942 Prakasam was arrested for 3 years for taking part in the Quit India Movement, and on his release in 1945 toured all over South.

The Congress once again came to power in the Madras Presidency in 1946, and this time Prakasam was sworn in as the Chief Minister, for the next 11 months.

After Independence in 1947, Prakasam once again plunged into activism, toured Hyderabad under Nizam, in spite of Nehru warning not to do so. Prakasam met Qasim Rizvi the leader of the dreaded Razakar’s and warned them that they were pushing their luck too hard.

In 1952, Prakasam founded a new party, the Praja Party and ensured that all the Congress ministers ended up losing the elections. That much was his popularity.

When the Andhra State was formed in 1953, Prakasam became the first Chief Minister.

During Prakasam’s tenure, Sri Venkateswara University was set up in Tirupathi. It holds a NAAC rating of “A+” with a score of 3.52 out of 4. It was the 31st university to be built in India, and after the Andhra Pradesh Reorganisation Act, 2014 it is the second oldest university in Andhra Pradesh, after Andhra University. 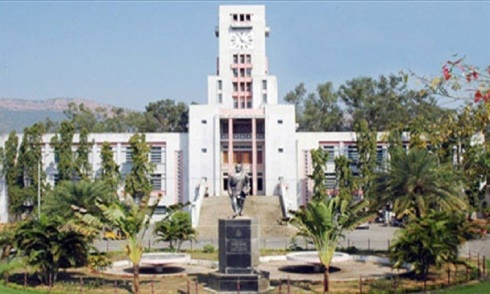 After the land forms evolved and stabilized, there were continuous rains which cooled the earth and caused vegetation to grow thereon. One of the earliest rivers to have formed during this period is the Krishna River.

Krishna has been a naturally flowing river through the rugged landscape of Andhra Pradesh for many a millennia.

It was during Prakasam’s tenure the barrage over Krishna River, near Vijayawada was built, to aid irrigation.

On May 20th, 1957, Prakasam passed away in Hyderabad, after suffering a sun stroke which he got while touring.

The Ongole district, formed in Andhra Pradesh was named after Prakasam, as a fitting tribute to a great son of the soil.

A stamp has been released in his honour by the government. 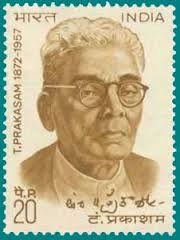 He was a great Bida, Son of Telugu Talli, Mother Telugu.