R K Narayan is one of the leading figures of modern Indian English literature, famous for his many works, especially the “Malgudi Days”. He was born on 10th October, 1906 in Chennai. 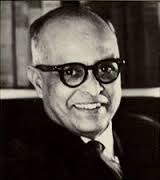 He was a resident of Mysore, an idyllic place then, a royal town, for, it was the seat of Mysore Maharaja. 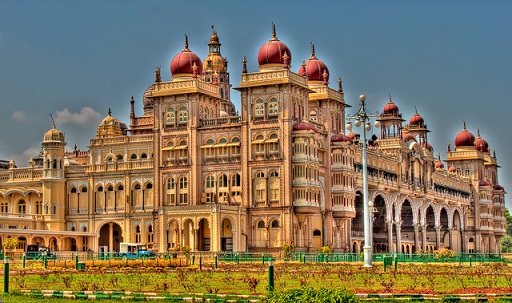 He shot to fame with his signature book ‘Malgudi Days’. He coined the word Malgudi from the two of the most happening places in Bangalore, Malleshwaram and Basavanagudi. He took the syllables MAL from MALleshwaram and GUDI from BasavanaGUDI, which combined to give the name Malgudi.

His book Malgudi Days was serialized by Doordarshan and was at the top of the charts for a couple of years and more.

Even now Doordarshan reruns Malgudi Days regularly, bringing in nostalgia of the 1980s and 1940s of Mysore

The novels written by R K Narayan include ‘Swami and Friends’, ‘The Bachelor of Arts’, ‘The Guide’, ‘The World of Nagraj’, ‘The English Teacher’, ‘A Tiger for Malgudi’ among others.

Among his well known non-fictional works are ‘The Emerald’, ‘My Dateless Diary’, ‘My Days’ and ‘A Writer’s Nightmare’. 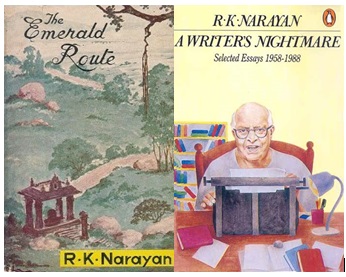 He is also wrote books on Indian legends like ‘Gods, Demons and Others’, ‘The Ramayana’ and ‘The Mahabharata’. 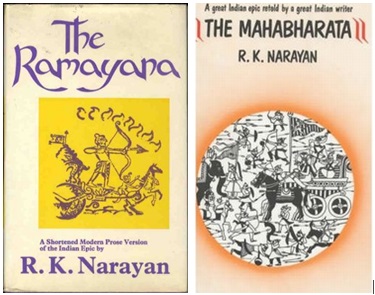 One of his other famous books ‘The Guide’ was made into a popular feature film of 1960s featuring Dev Anand.

He struggled all through his life to make his ends meet financially, which he has brought out in his autobiographical work “My Days.”

His brother R K Lakshman was equally famous as the cartoonist who made generations look up to reality in a humorous way.

R K Narayan was decorated with prestigious awards like Padma Vibhushan, Sahitya Akademi Award. He was also awarded the prestigious A C Benson Medal by the Royal Society of Literature in United Kingdom. The A C Benson Medal is awarded to those who produce commendable works in the field on fiction, history and poetry.

R K Narayan passed away on 13th May, 2001 leaving behind Swami in Malgudi.