Who hasn’t heard the name of Albert Einstein? We are also familiar with the equation,

which is the formula for Einstein primary contribution to science, “The Theory of Relativity”.

Sir Albert Einstein was born on March 14th, 1879 at Ulm in Germany. 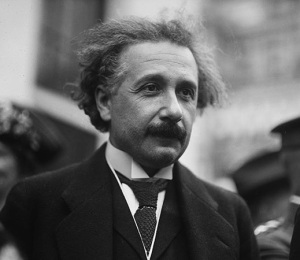 He was a theoretical physicist who developed the general theory of relativity, which is one of the two pillars of modern physics, along with quantum mechanics.

Sir Albert Einstein is a Scientist transformed science through his understanding of energy, matter, time and space. He had postulated and shown how, in this Universe, energy and matter are interconvertible and the sum total of all energy and matter in the Universe is always a constant.

More on Einstein’s views on the universe in our book and film, Creation – Srishti Vignana. 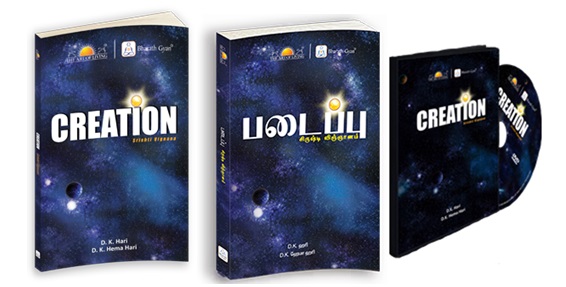 Scientists call it ‘his year of Miracles’ – 1905, when Einstein came up with a series of papers, which transformed the way we perceive our cosmos.

Einstein discoveries and theories include,

It was a path breaking moment in science, when Einstein made these discoveries.

What many are unaware is how Einstein was influenced by knowledge from India.

Albert Einstein was aware of the great contributions of India in the fields of science and mathematics, and appreciated Indians, for sharing their knowledge with the rest of the world.

The Indian civilization has given forth a very healthy contribution to the field of mathematics and from thereon to science. The present numerals used in the world are a contribution of the Indian mind. 400 years ago marked the start of a Renaissance, post the dark ages in Europe. This Renaissance led to a sudden spurt in science and application of science and technology in Europe and other parts of the world.

All these led Einstein to declare,

More on India’s contribution on Mathematics in our book, Brand Bharat – Vol-2 – Roots in India. 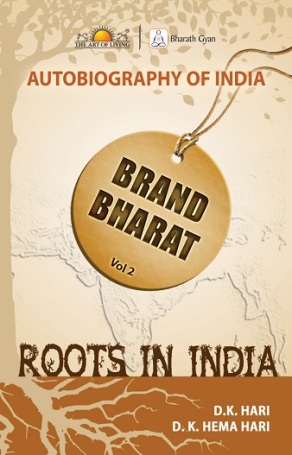 Influence of Samskrt on Einstein

Samskrt was a popular language in the 19th century Europe, when some of the best minds pursued Samskrt studies or were influence by Samskrt literature, which contained much of the scientific concepts from India.

A number of “modern” scientists and thinkers, who had learnt Samskrt and waded through Indian traditional knowledge to deepen their intellect –

To name a few.

More on the influence of Samskrt  and the Indian knowledgebase  on the above scientists, in our book, Brand Bharat – Vol-4 – Leads from India.

As we see from the above list, Einstein was no exception. His familiarity with the Indian school of thought is quite well known.

He had once said, that, “I have made the Gita and the Samskrt literature the main source of my inspiration and guidance for the purpose of scientific investigation and formation of my theories.”

A Poser On Unity Of Prana and Akasa

In his paper on relativity, Einstein had shown how matter and energy are interconvertible. Swami Vivekananda had spoken about this mathematical principle ten years before, Einstein had published his theory, wherein he had written,

Ten years later, modern science came to known about the above truth through the Einstein’s theory.

More on this in our book, Brand Bharat – Vol-5 – Future from India.

From the past: Letter dated Oct 4 1952 from Albert Einstein to Satyendra Nath Bose

A Bose Einstein condensate (BEC) is a state of matter of a dilute gas of bosons cooled to temperatures very close to absolute zero (that is, very near 0 K or −273.15 °C). Under such conditions, a large fraction of bosons occupy the lowest quantum state, at which point macroscopic quantum phenomena become apparent.

This transition to BEC occurs below a critical temperature, which for a uniform three-dimensional gas consisting of non-interacting particles with no apparent internal degrees of freedom is given by the formula:

Ploughing is another field, where Einstein had clearly spelled out his mind, on the effectiveness of a plough over a tractor.

When we contrast the effectiveness of a plough and a tractor, it is seen that an Ox plough loosens top soil, which is ideal for the growth of paddy / wheat. In contrast, in the case of a rake attached to a tractor, while the rake may loosen the soil, the wheels of the tractor press and thicken the soil, which hampers growth.

Einstein in a letter to Sir C V Raman, another famous Indian physicist writes about the importance and effectiveness of ploughing. 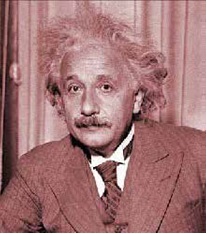 More on Plough and Ploughing in our book, Breaking The Myths – Vol-3 – About Prosperity.

In 1921, Einstein was awarded the Nobel Prize in Physics, and a series of other awards followed for his great contributions, as his reputation in the field of physics only grew.

Einstein passed away on 18th April, 1955, at New Jersey in United States.

He was one of those scientist who didn’t belong to the so called ‘rational’ category, but was profoundly scientific. It will be apt to look at one his quotes here,

“Logic will get you from A to B. Imagination will take you everywhere.”

And that’s how Einstein was able think beyond the bounds of logic and explore the universe. A scientist whose name is today synonymous with genius, he was by far a beacon in the field of science in the 20th century.

One thought on “Albert Einstein”