Dr. Bhimrao Ramji Ambedkar (Babasaheb) was a social worker, politician and the writer of Indian Constitution. He was born in Mhow, near Indore on April 14th, 1891. Mhow was renamed as Dr. Ambedkar Nagar in 2003.

Dr. Ambedkar was the head of the Constituent Assembly, consisting of 217 members that framed the Indian Constitution.

The Constituent Assembly was made up of 217 members.

Dr.Ambedkardid his Ph.d in Law from Columbia University, USA which gave him a strong foundation in International law. He became the first law minister of Independent India. 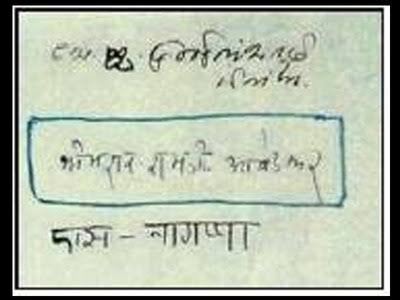 Dr. Ambedkar was also a foremost economist. He was the first Indian to be awarded with a PhD. in economics. He worked on the many aspects of Indian economy. Dr Ambedkar had published three books in the field of economics dealing with the public finance and monetary economics: Administration and Finance of the East India Company, The Evolution of the Public Finance in British India and The Problem of Rupee: Its Origin and Solution.

Dr.Ambedkar’s stand on the Aryan Invasion Theory can be summed up as

Dr. Ambedkar, before Independence of India itself, had categorically and unambiguously denounced the Aryan Invasion Theory. He had even called it a perversion, as it failed to pass through any aspect of scientific scrutiny.

Without reading and understanding this, some of the Dalit writers and speakers have been unfortunately vocally endorsing the Aryan Invasion Theory, denounced by their very own, erudite leader, Dr Ambedkar.

Dr. B.R.Ambedkar in 1949, sponsored an amendment to Article 310, to make Samskrt the official language of Indian Union in place of Hindi.

The report on this demand was published in all newspapers on 11th September, 1949.

With that, India missed the bus and the plot.

More on Ambedkar and his contributions to India, in our book, Breaking The Myths.

The current Indian law system is based on British ethos as it has been framed mainly from British law, which has an antiquity of 600 years.

Ethos governs us socially. Law governs us legally. When these 2 meet we have an innately law abiding society.

Is it time for another Ambedkar to bring in Indian ethos, now that it is 71 years since the umbilical cord with the British was cut?