Today, 28th January, in 1898, a young British lady, a school teacher from Margaret Elizabeth Noble set foot on Indian soil to come and live as an Indian and learn Vedanta as an ardent disciple of Swami Vivekananda. She took on the name Sister Nivedita and shared his vision for India.

The Basu Vignan Mandir (Bose Research Institute) in Calcutta founded by Jagdish Chandra Bose the multidiscipline scientist of India found an ardent supporter in her. She helped JC Bose in raising foreign funds for his research, much against British opposition and even edited his works. Bose is the anglicized version for the Bengali / Bangla word Basu. Basu is the Bengali way of saying Vasu meaning earth, wealth and worth. This institute came up with the help of Sister Nivedita’s tireless and valiant efforts. For, despite being born British she had to fight the British in India to help set it up.

The British were against promoting a scientific temper in India then. Infact to thwart this hostile environment Swami Vivekananda dreamt of setting up Indian’s 1st indigenous science research institute instead. He discussed this dream with Sir. Jamsetji Tata while travelling from Yokohama to Vancouver.  He told Tata that Tata might get machines to start his industries but not scientific minds. Such minds would have to come from India he said. So Swami Vivekananda told Jamsetji Tata to set up his steel industry but set aside some funds from his steel business on founding an Indian institute for research in natural sciences. Thus was planted the seed for IISC Bangalore which came up in 1908.  Sadly neither Swami Vivekananda nor Jamsetji Tata were there to see it take shape. 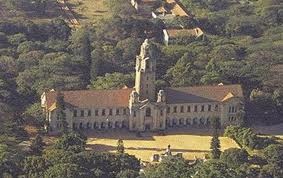 Swami Vivekananda had left us in1902 and Sir Jamsetji Tata in 1904. It was Sir Dorabji Tata and Sister Nivedita who came together to see this dream come true amidst severe opposition from the British led by Lord Curzon.

It was also Sister Nivedita who in 1904 gave the design for the first flag for India – a red and yellow flag with a vajra in the centre and the words Vande Mataram in Bengali writing.

A day to celebrate

28th of January, the day Sister Nivedita who has done so much for the development of science in India besides others, set foot on the soil of India with an intention to be an Indian in 1898 is a day to be remembered and celebrated.