Tripura is a state in the north eastern part of India with great antiquity.

Tripura – area highlighted in Red colour on the India map

The word Tripura in Samskrt means, “Three cities”. The name is derived from Devi Tripurasundari, the presiding deity of the Shakti Peeth temple in the state.

Our universe is divided into three dimensions, the gross, the subtle and the causal. These are poetically referred to as “The Three Citites”. The word Tripura thus represents the whole universe, constituting these three dimensions, which is a manifestation of Shakti, the Primordial Energy.

The Shakti Peeth is located in the Udaipur town of Tripura and was also visited by Adi Shankara. 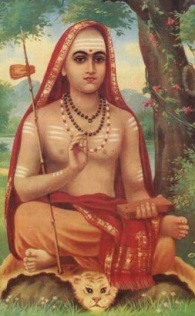 Tripura is home to a number of ancient archaeological sites. There are in all 37 rock cut images of Ganesha, Skanda etc. It was part of ancient route to South East Asia via Myanmar. 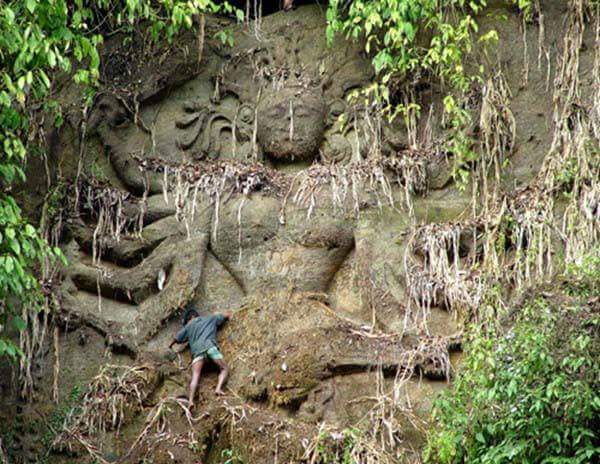 The land of the modern state Tripura was ruled for many centuries by the Tripuri dynasty.  This dynasty traces its lineage to the Lunar dynasty. The ancient name of Tripura was Kirat, named after the brother of Puru, one of the ancestors of the Pandava.

This makes it one of the longest continuous kingdoms of the world with a history tracing back to more than 5100 years ago, as the Mahabharata period is dateable to around 3100 BCE.

Rajmala, a Bengali chronicle of the Tripura kings presents a list of 149 kings of Tripura upto 1500s CE.

Since the Tripura dynasty claims its descent from the moon, obviously the first king is Chandra, the Moon Himself

The seventh king in this illustrious lineage is Druhyu, one of the sons of Yayati in the the Indian legends.

The 145th king is Ratna Fa. He assumed the title Manikya and from his time, this dynasty is known as Manikya dynasty

Tripura is one of the ancient kingdoms anywhere in the world, much older than even the British monarchy.

The Ujjyanta Palace, the royal palace of the kings of Tripura, stands as a reminder of the antiquity of this lineage and kingdom.

Raja Bir Bikram Kishore was the last king of Tripura, who ruled until 1947. He made great contributions to the development of this kingdom. He built the first airport and was a pioneer in land reforms and architecture. Agartala Airport is named after this visionary king. 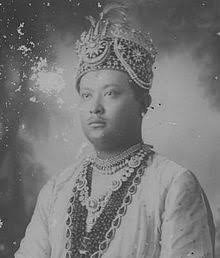 The rule of this illustrious lineage came to an end in 1949, when the regent, Maharani Kanchan Prabha Devi agreed to merge with the union of India.

At the time of Indian independence in 1947, Tripura was an independent state. At this time it faced many internal crisis, leading to pressure mounting on the Queen to join the Indian Union. In 1949, she signed an agreement with the government of India, ‘The Tripura Merger Agreement’ and Tripura became an integral part of India. This ended a monarchy that had continued for atleast 5000 years.

The only condition she placed when she handed over her kingdom was that, the local government should continue to celebrate Navaratri and Durga puja, the tradition of their dynasty, without fail.

What a noble woman! She did not ask for anything but for the continuation of the tradition of the lineage for over 5000 years.

To this day, the Tripura government has been keeping up this word of celebrating Navaratri with pomp in Tripura. Though for the last 40 years, Tripura’s rule has been dominated by a Communist government, who are avowed atheists, this practice of Durga Puja has been continued by the state government.

Tripura was a union territory of India and in 1972, it attained full statehood.

The last king of Tripura, Bir Bikram Kishore Manikya, had notified a constitution having 68 articles, seven parts and three schedules in July, 1941. It came into being at least nine years before the Indian Constitution was adopted.

King Bikram in late 1930s toured many parts of Europe and also had met Hitler then in Germany. On returning to India, he came to the opinion that monarchy would not continue for much longer in the coming modern age, not just in Tripura but in whole of India as well.

He got down to framing a constitution not just for his kingdom of Tripura but for whole of India. This was a clear 6-7 years even before India was given Indepence. This was even before World War-2.

King Bikram set up a constitution drafting committee in 1939, headed by himself.

This speaks of the vision of this noble last king of the Tripura lineage.

The important features of Tripura’s contribution to Indian constituion being,

It is quite baffling that even during the British rule, the Tripura King, in his written constitution, had made a core concept of democracy.

This speaks highly of the land and the rulers who had ruled it for many millennia.

January 21st is observed every year as Tripura Formation Day, as it attained full statehood on this day, in 1972.

This day is an occasion to remember and celebrate the glorious tradition and culture of this land and its contribution to the present day practices in Indian Democracy.