From the medieval times to the modern world, women’s rights have been an issue, all through the colonial rule in India. Many social reformers also came up, who worked towards abolition of gender discrimination. Savitribai Jyotirao Phule was a social reformer who fought for the cause of women. She is one of the prominent figures in the Social Reform Movement in Maharashtra. As a pioneer of women’s education in Maharashtra, she established the first women’s school at Bhide Wada, Pune. Today, the Pune University is named as Savitribai Phule Pune University.

Born on January 3rd, 1831, in Naigaon, Maharashtra, Savitribai arrived in a family of wealth farmers. She was married to Jyotirao Phule. In those days, many social evils had crept into the mainstream society. This also meant that girls and women were kept away from education. Along with her husband, Savitribai started a social reform movement for women and the ‘untouchables’, especially in learning. They set up schools for girls, and also played a leading role as teachers in these schools. She was modern India’s first woman teacher. For her stupendous work, Savitribai was felicitated by the colonial government of Bombay Presidency. 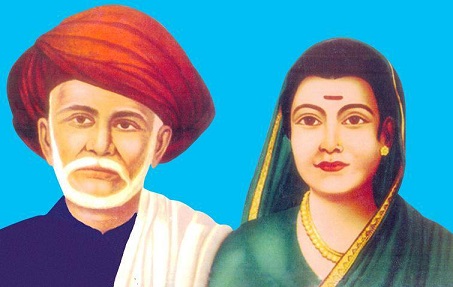 Savitribai and her husband, Jyotirao Phule

The other achievement of Savitribai is the support she provided to the widows. Savitribai and her husband opened a home for the widows, to help them lead their lives.

In those days, the worldwide Pandemic of Bubonic plague was raging in the region of Bombay Presidency. Savitribai and her adopted son, Yaswantrao Gupta opened a clinic, in the outskirts near Pune, to help the victims of this dreadful disease. Savitribai many times took on the role of a nurse in serving the patients. The irony is that while caring for the patients, she herself contracted the infectious disease.

Savitribai passed away on 10th March 1897, while serving a plague patient.

Her name today lives on along with her legacy. The Maharashtra government has instituted an award in her name to honour women social reformers. A stamp was released in her name by the India post in 1998. The Pune University is named after her.

Two books on her poems were published, namely Kavya Phule in 1934 and Kashi Subodh Ratnakar in 1982, highlighting one of the unknown dimension of this remarkable person.

The world today recognizes the contributions of Savitribai, as even Google Doodle has put up her image on this day.