One of the earliest Vishvakarma of this land was Maya whose birth anniversary is observed to this day. Since he belonged to the Asura clan, he was also called Mayasura. The Indian Puranic texts as well as the Ramayana Itihasa, a historical epic of India, contain many incidents around Mayasura who is described as the father of Queen Mandodari of Lanka, the wife of the mighty king Ravana of Lanka.

The Itihasa and Purana speak of Mayasura and his lineage having built many engineering marvels in the land of both India and Lanka, i.e. present day Sri Lanka, right through the times.

Mayasura is also credited with having authored many mathematical and astronomical works such as the “Surya Siddhanta”, referred to even today, as one of the primary ancient texts for these subjects. He also authored engineering works such as the text ‘”Mayamatam” which is an encyclopaedia of architecture.

Mayasura was also known by the title Vishwakarma, the architect. Descendants from the lineage of Vishwakarma, live amidst us even today.

The engineers and architects of the Vishvakarma lineage broadly specialized in 5 areas,

There are notable civil engineering marvels ascribed to the Mayan lineage in India.

The Rama Setu Bridge between India and Sri Lanka, which in the ancient Ramayana text has been called the Nala Setu was built by Vishwakarma brothers Nala and Nila. This sea bridge built in October 5076 BCE and standing even today is an engineering marvel in the form of a man made accretion over a natural sea ridge. This has been discussed in detail in our book “Historical Rama”, which is part of the Bharath Gyan Series.

Mayasura, the father-in-law of Ravana, built the wonderful capital city of Lankapuri, for his son-in-law Ravana in the island of Lanka.

Around the same period, a member of this Mayan lineage helped Krishna, another legendary hero of India, to build dykes and land from the seas, to create the coastal city of Dwaraka.

Krishna and His people had migrated from Mathura in search of a new land to settle down, after Krishna vanquished Kamsa, the tyrannical king of Mathura. Krishna had Dwaraka built for Himself and His people, by reclaiming land from the sea.

This city of Dwaraka and its dykes with layout and extent, as described in the ancient historical epic Mahabharatha has been discovered under sea, off the present day city of Dwaraka, in the west coast of India. The older city of Dwaraka got submerged in the seas around 3031 BCE. 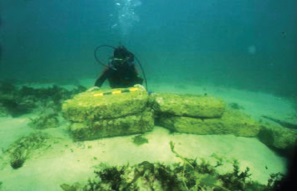 Dwaraka under the sea 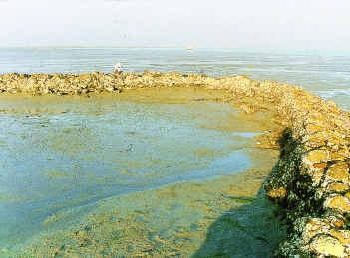 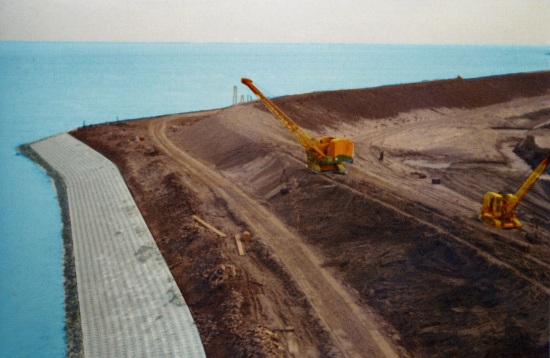 Dyke in Netherland to prevent the sea from entering the city

Even today in a few parts of India, there are biological descendants of the Mayan lineage. A few families are still identified in the south Indian temple city of Kumbakonam. These descendants are still involved in temple construction and such other architectural marvels from their traditional literature. 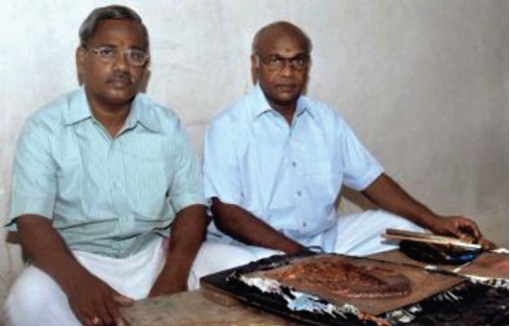 Indian legends are replete with many instances where the Mayan -Vishwakarma architects have been summoned to build various engineering marvels and structures.

There is a whole chapter in the Veda called the Vishvakarma Sukta which deals with how the Universe was crafted and came to be.

Vishvakarmas are not just labourers. They are people who honed their skills in constructing buildings, structures, bridges, townships as well as crafting out of wood, stone and metals, from time immemorial.

The Vishvakarmas of today can be seen in the form of the Engineers.

The role played by a Vishvakarma in looking after the civil needs of a civilization has been recognized since ancient times by the celebration of Vishvakarma Jayanthi, popularly celebrated in many parts of north India like Punjab, Haryana, Bihar and in Nepal among others.

Vishvakarma Jayanthi is a day to recognize the contributions of Engineers from time immemorial to the present times.