The entire world today faces uncertainty from climate change. The changing patterns in our climate observed in the recent decades, needs to be taken seriously, as we see our earth becoming verily a hearth. Thus we have well known terms like ozone depletion, climate change, global warming and ozone hole, indicating environmental challenges.

The depletion of ozone layer may not be directly linked to global warming and climate change, but it nevertheless has negative impact on life on earth. 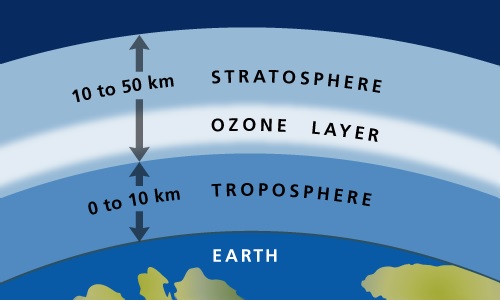 Ozone, also known as trioxygen is an inorganic molecule composed of 3 oxygen atoms, and has the chemical formula O3. It is present in the earth’s atmosphere, in between the Troposphere and Stratosphere. Ozone filters out harmful ultraviolet radiation from the sun and prevent them from reaching the earth. The ultra violet rays has harmful effect on humans and other life forms. The serious impact of ultra violet rays on humans include health hazards like skin cancer, sun burns and premature ageing of skin. The depletion of ozone layer means that these harmful ultra violet rays won’t be filtered.

The depletion occurs when the ozone layer comes in contact with Chlorofluorocarbons, CFC that are released into the atmosphere. CFC is a class of compounds of carbon, hydrogen, chlorine and fluorine, and are mainly used for refrigeration and air conditioning purposes.

From each of these refrigerators and air conditioners, some CFC gets leaked and escape into the atmosphere and reaches the ozone layer. When the ozone comes in contact with CFCs, a chemical reaction happens, leading to thinning of the ozone, making way for ultra violet rays to reach the earth.

Today, there is 26 million sq km hole, in the ozone layer over the region of Antarctica. This biggest ever depletion of Ozone in our atmosphere, was a chanced discovery made by the British Antarctic Survey, BAS, in 1985, over the Halley Research Station in Antarctica.

As per the anticipation of National Oceanic and Atmospheric Administration, NOAA, they have given estimated years by when the ozone layer might recover, based on different factors. 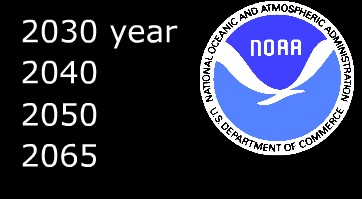 Estimates of NOAA on the recovery of ozone

The Rig Veda has a mention of these ozone holes.

English translation: Exercise control over natural calamities like the violent storms, which with immense forces, play havocs like demons tossing all cattle and life in to air and smashing on to the ground, which cause great upheavals by disrupting life and property.  These are brought about by the holes in the protective garment, which covers the earth in the space. These holes are like holes in a worn out old garment. Heal and repair the holes in the covering, by actions of rain making clouds and atmosphere helped by green vegetation and herbs by grace of Indra.

The reference to garment in the above sloka, clearly point to the ozone layer and the holes are the “ozone holes”. There were no harmful gases released in ancient times. The depletion of ozone as we know today can also happen due to violent thunderstorms, which is what is referred to here.

This goes to show that ancient Indians were very much aware of the ozone layer, and its importance for humanity.  The depletion of ozone poses great dangers.

The refrigerators are indispensable in our present day world. The air-conditioners have also become an important aspect of our lives, due to the phenomenon of global warming.

How do we then preserve our ozone?

The United Nations has proclaimed 16th September as International Day for Prevention of Ozone, precisely to address this worry.

The Basil tulasi plant is known to emit ozone rather than oxygen, which is emitted by other plants. Planting of these variety will help to replenish ozone in the long run.

Thru Yajna and Homa

Yajna and Homa were considered potent forces to sustain the balance in ozone layer. Yajna is a Indian ritual that of consists of offering food and plant items in sacred fire, while chanting different mantras. Homa is a smaller version of a Yajna. It has been proven that Yajna smoke has volumes of ozone that are released into the atmosphere and which could help in replenishing the depleted ozone.  At the same time, at the earthly level, these smoke from Yajna, help to curtail air pollution. This will provide a composite solution. 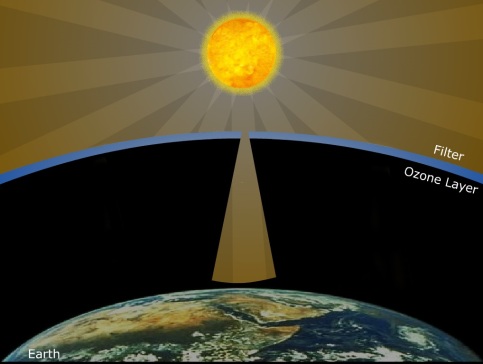 Gap in the ozone

Dhuma from Homa helps repair the gaps in the ozone

One of the options for recouping the ozone layer, is probably to conduct many Yajnas on a large scale. The smoke of Yajna will help preserve our ozone, by stitching the holes in this garment, created by harmful gases!