Sugreeva dispatched a number of search parties to different parts of the land to locate the whereabouts of Sita.

In one such search party, deputed to the South, was Hanuman. Hanuman crossed over the seas in the southern part of India to reach Lanka. There he found Sita in Ashokavana grove, having a forlorn look. The description of the look and state of Sita, is beautifully intertwined in the story, with the occurrence of a partial Lunar eclipse, during their meeting.

Hanuman found Sita looking like a full moon which was eclipsed by Rahu.

Sita’s face looked like a full moon that had just been released from Rahu’s captivity. (released from an eclipse)

Sita’s face resembled the full moon released from the grip of Rahu.

With this information, when we look for such an eclipse, which could have been seen from Lanka in the early part of the night, we do notice that such an eclipse did occur on 12th September, 5076 BCE. 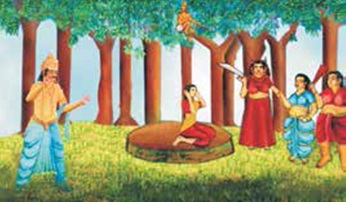 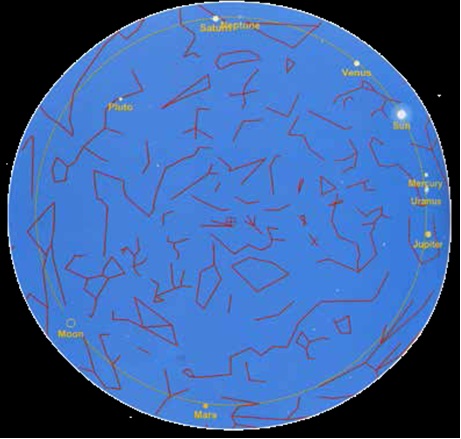 The eclipsed moon rose in the eastern sky. It was not a total lunar eclipse. The place of observation is Lanka.