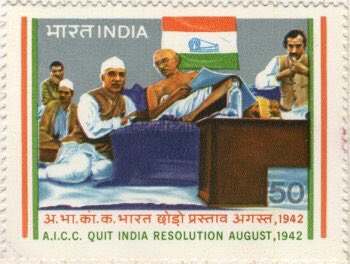 This slogan of Quit India was coined by Dr Yusuf Meherally, an Indian Freedom Fighter.

As a prelude to the launch of the movement in August, the Congress working committee met on July 14th and passed a resolution seeking, “The immediate ending of the British Rule as an urgent need, both for India and for the success of the United Nations.” “A free India will assure success by throwing her abundant resources in the freedom struggle against the aggression of Nazism, Facism and imperialism.”

Mahatma Gandhi at the Committee Meeting

A session of the Indian National Congress was held for 3 days, from August 7th to August 9th, when the resolution unanimously asking the British to leave India was passed. 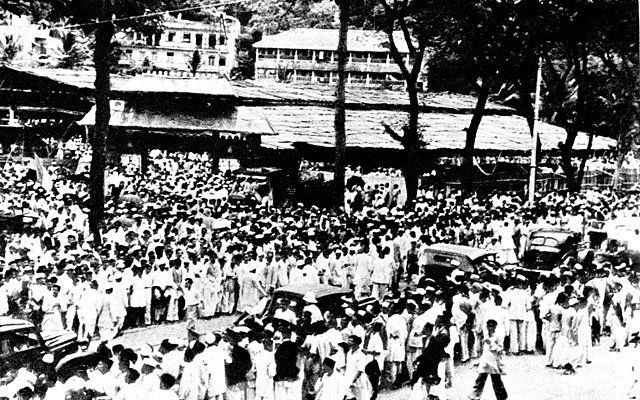 Gandhi had initially sought a negotiated settlement with the British for independence and this session was convened for the same.  But, the British were not impressed and they arrested many Congress leaders during the session.

Gandhi and Nehru at the Session

Gandhi was angered at the attitude shown by the colonial leaders and called for the Quit India Movement. In his speech on the 9th, he gave a slogan for the people to follow towards attaining freedom.

He said, “There is a short mantra that I give you. You imprint it in your heart and let every breath of yours give an expression to it. The mantra is Do or Die.”

Postage stamps issued on the golden jubilee of Quit India Movement, in 1992

A Movement which shook the British

Pages from a report filed by the colonial administrators show how through Quit India Movement, Bapu shook the foundations of the colonial rule and accelerated our journey towards freedom. 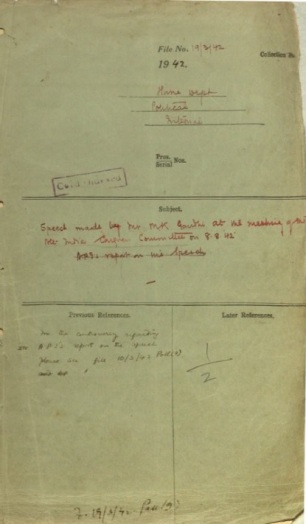 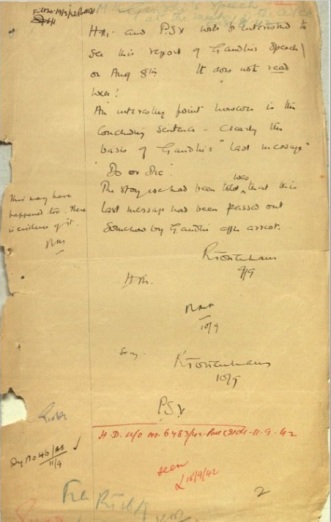 Mahatma Gandhi’s clarion call galvanized the nation. Another official report from the colonial era shows the spread of the Quit India movement and the wide-scale participation.

A poem by former Prime Minister Atal Behari Vajpayee on the Quit India Movement was published in 1946 in ‘Abhyudaya’, a newspaper associated with Sri Madan Mohan Malvya. 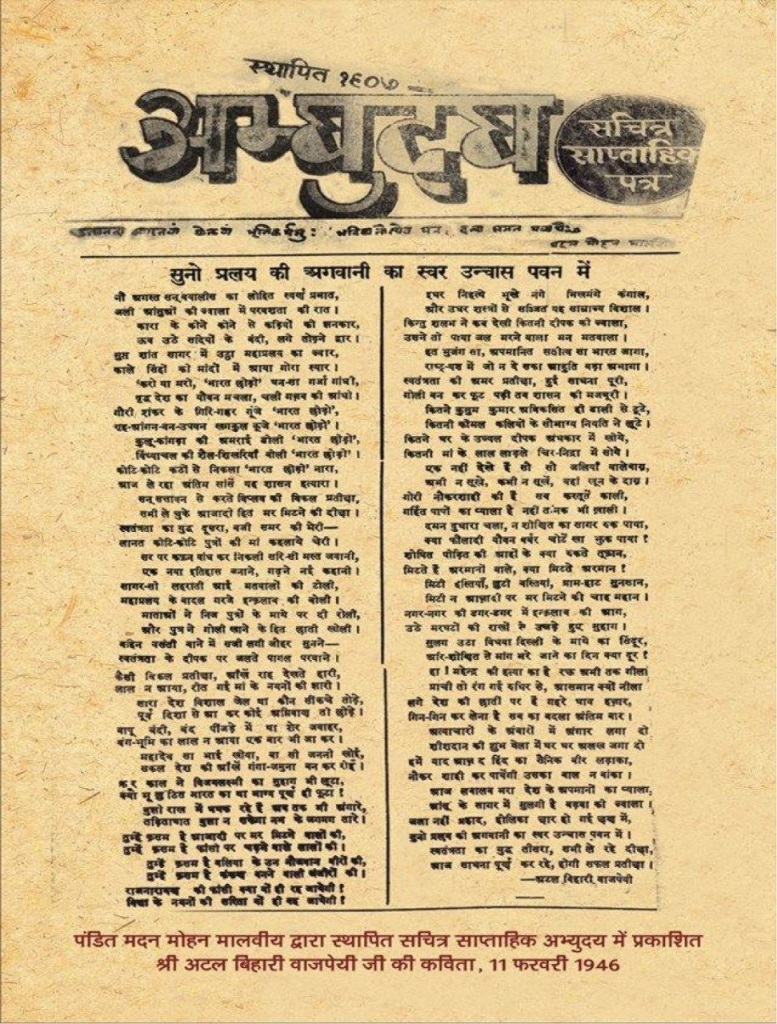 The poem by Atal Behari Vajpayee

Gandhi was soon arrested along with Jawahar Lal Nehru and Sardar Patel. But the movement did not die down. A mass uprising against the British soon became a major civil disobedience movement.

There were hartals held across the country by crowds who demanded immediate release of Gandhi and Freedom for India. A special feature of these mass protests was that no vehicles were allowed to pass unless there was atleast one passenger who wore the Gandhi cap.

Phases of the Movement

The Quit India Movement came under suppression by the British in three phases.

In the first phase, starting with Gandhi’s arrest, strikes, demonstrations and processions were held.

The third phase began in September, 1942. This phase saw some violence as British adopted a harsh violence policy to stop the protests, and thereby taking away the non violent atmosphere of the struggle. There was also no main leader to guide the masses who were all behind bars. As a retaliation, people were provoked to bomb police stations in states like Maharashtra, Madhya Pradesh and Uttar Pradesh. 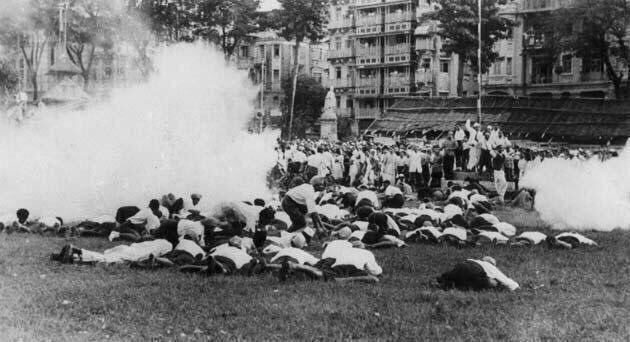 The movement was suppressed by the British, but continued to simmer until Mahatma Gandhi was released in May, 1944.

Albeit, the British did not immediately Quit India, the movement instilled a sense of vigor in the masses, leading to the eventual dismissal of the British Empire three years later.