Karkidakam is a month in the Malayalam Calendar, which corresponds to the month July-August.

Period of Monsoon in India 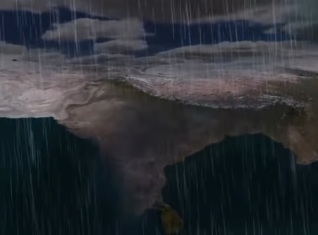 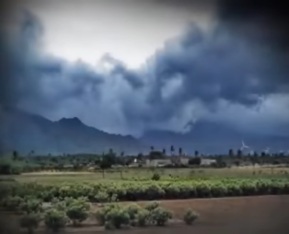 In the Ramayana text, there is mention of this annual rainy season period. In the year 5076 BCE, Sugreeva and his army had to wait for a couple of months before starting their march to Lanka, because it was the rainy season. This shows that this rain has been annual and regular feature of India, for over 7100 years and more.

The people thus mostly spend their time indoors and from there has been an ancient practice to read and listen to the traditional scriptures, like Ramayana, Purana and so on.

In the Malayalam Calendar, this month is also called Ramayana Masam, when people undertake a Parayana, a devout reading of Ramayana. People start the Parayana on the first day of the month, and continue through all the days, and the reading is finished by the time this month, Karkidakam Masam ends.

Karkidakam Masam, the period when the Ramayana is read

Ramayana is a scripture that has been innate to the cultural ethos of this land, and has influenced many civilizations, across many millennia.

Rama, while is a Divinity of millions and crores of Hindus all over the world, has also been believed through the ages to be a historic King of India who ruled from Ayodhya.

In the last 300 years, Rama was dismissed as a mythical figure, dismissing the ancient, traditional history of India. Ever since then, the issue of the acceptance of Rama as one of the most influential, historical king of this land, has been one of the questions in front of young India.

Is Rama Historical? Is Ramayana a historical account or just a story?

In our trilogy on Rama, which includes “Historical Rama”, “Ramayana in Lanka” and “Ayodhya – War and Peace”, we prove the historicity of Rama, using an interdisciplinary and integrated, logical, rational and scientific approach.

The work ‘Historical Rama”, has also been made into a Film, in four languages – English, Hindi, Kannada and Tamil. 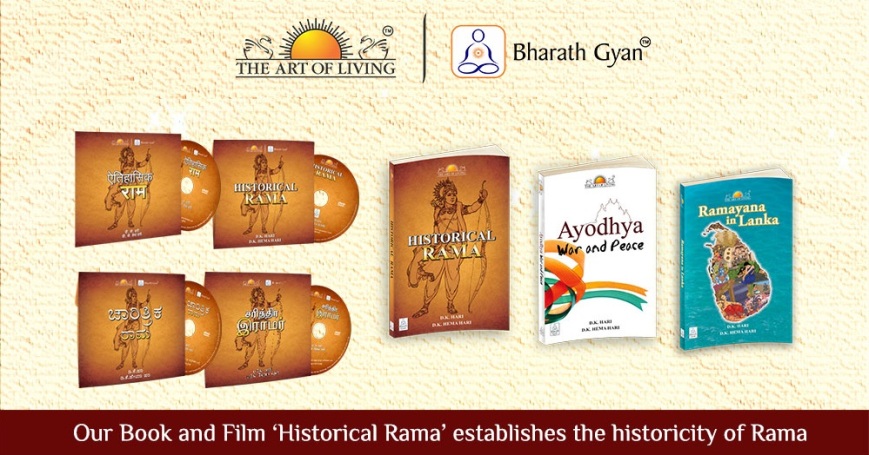 Visit www.bharathgyan.com to know more about these products

This Hangout deals with the ideal Administration during the reign of Rama.

This short film highlights the historicity of Rama from different perspectives, corroborating data from the sky charts available in the texts, the legend of the land, geography and science. Watch it. Share it. It’s your history.

This film brings to light the layers of bridge construction and the month and the year when the Rama Setu was built.

On this occasion of Karkidakam Masam, these are our humble offerings, through which you can understand Rama from a historical angle and appreciate the fact that Rama, a hero of the land of India, was indeed historical. 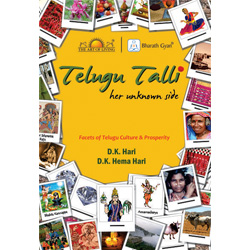